Whiff by Scott Storch is committed to reducing cigarette smoking, fighting nicotine addiction and preventing under age vaping. We have a lineup of sophisticated devices that offer a decreasing content of nicotine starting with the Oversized and Magnum at 5%, stepping down to the Trio at 3% and ending in our Whiff Zero that is nicotine free. Users can start with our 5% devices and gradually move to the Trio and Zero thus eliminating nicotine all together. Scott Storch knows the power of addiction first hand and has created a weaning process to help people stop their dependence on nicotine.

Scott Storch is regarded as hip-hop royalty and cemented his legacy as one of the greatest beat-makers of all time. He created and played the famous piano hook on the worldwide Dr. Dre hit-single “Still Dre,” alongside other melodic hooks right across the critically acclaimed album. But he didn't stop there.

Scott has worked with the likes of Beyoncé, Christina Aguilera, Fat Joe, 50-Cent, Chris Brown, Erykah Badu, Nas, Snoop Dogg, Justin Timberlake, The Game, and many more. His signature piano sounds and melodies are still etched into the fabrics of 2000s hip-hop and has amassed over $100 million in royalties. 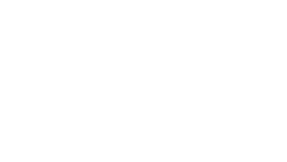 DVP Distro is your premiere source for the highest quality vapes in the industry. We pride ourselves on providing the best authentic vaping products and flavors by the most popular brands including Whiff by Scott Storch.

Customer service is our main priority and we strive to be the best. Whatever your needs are, we are here to facilitate them with the highest standards possible. Please contact us with any questions or to purchase Whiff by Scott Storch products at 1-888-550-2211.